Einophony: towards less, towards the self

Going inward, from the character to the person

After having explained how the breath-voice practice combines with a specific kind of hypnosis, the founders of Einophony, Benjamin Grenard and Bernard Sensfelder, will develop the principles of their approach. Based on the knowledge of Einotherapy regarding the deconstruction of the character, and the power of Pneumaphony to incarnate the self, Einophony brings his own blend, and helps refining, simplifying oneself so as to fully incarnate.

Except from a very specific hypnotic state that you explained in a previous interview, could you develop the similarities and differences between Pneumaphony and Einotherapy? 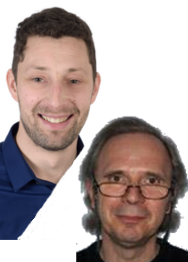 B. Grenard : Pneumaphony was initiated by Serge Wilfart, a tenor opera singer, who wanted to find his own vocal truth. He observed and concluded that we all reach adulthood with a made-up voice, which – and that supports the interpretation of Einotherapy– stems from the character we created, who controls by repressing, and who “does”. When someone stops doing – and that is one of the common characteristics those two practices share – and just “let things happen”, let breathe, then the voice becomes naturally powerful and in tune. The character gives way to the person, who can welcome and guide the vital energy instead of repressing it. Pneumaphony is specific in that it deals with the vehicle, the incarnation, more prosaically with the instrument. About the breath-voice practice, Serge Wilfart says that it is an art of “vocal instrument making”, even calling it a “vocal plumbing work” as a joke. It means that you just have to put the pipes back in their right place.

When practicing Pneumaphony, people reach a hypnotic trance state – while remaining conscious at all time. That state can also be reached in other efficient practices, and that allows for activating reptilian and limbic brains. Now, those are exactly the areas where traumas are embedded. Bernard drew my attention on that point thanks to his neuroscientific background. The contribution of Einotherapy is that we can target the topic we want to work on. For example, a fear, a guilt, a loss, etc. Einotherapy will make people aware of it and stimulate the cleansing process, or if there is nothing to cleanse, will teach people how to let go by themselves.

Pneumaphony deals with internal mechanics, namely the breathing, physiological and energetic aspects. We give people the responsibility to explore their own spirit. But exploring those areas, one usually needs to be guided.

So why doesn’t Pneumaphony provide more guidance regarding that aspect?

B. Grenard :  Pneumaphony assumes that when the instrument changes, the musician inside – one could say, the Person, the soul – also changes. That is undeniable, as it is something we observe, but according to me it’s only partially true. Simply because it’s only too easy to delude oneself on that question.

Sometimes, you think you’ve changed inside, whereas it’s only because the musician gained access to new means of expression: he uses other strings on his instrument, strings so far unused. The instrument is different, wider, but deep inside the soul isn’t – or at least, not always – really transformed.

I am convinced that there is no profound work on oneself without also dealing with one’s dark side. Regarding that, Pneumaphony is a powerful tool… Given that you are aware of it.

From that point of view, the additional contribution of Einotherapy is really interesting. It provides a fine guidance: in my opinion, people benefit from a better care in exploring themselves. We invite them to venture in areas where they wouldn’t go by themselves, and were Pneumaphony isn’t precise enough. We think that combining both allows for a more complete exploration of oneself.

On the one hand, one could wonder: “what is the use of such a nice instrument, if the embedded soul is not completely aware of itself?” and on the other hand: “why changing the soul if the incarnation does not manifest it?”

B. Grenard : In a way, I agree. However, we do not claim that Einophony will give a final answer to this lifelong question. It just provides better tools while suggesting its own vision.

B. Sensfelder : What surprised me in Pneumaphony workshops, is that most of the time, people would reach the state of trance only after singing for a while. I considered that as a “waste of time”. The question was: what if people could already be in such a state before starting singing. So, my idea was initially to enhance a bit Pneumaphony allowing people to go deeper, quicker, using hypnosis.

Except that, and I understood that later on, the reason why people lose their voice and replace it with a new made-up one adapted to society, to environment, is because they made up a whole character and often, they lost contact with the real person, with their self. On that point, the interpretation of Pneumaphony agrees with Einotherapy.

I already had looked at the issue in depth with Einotherapy. I consider that what happens is the following: originally, a person was born. This person started interacting with others, and I am convinced, unlike psychoanalysis claims, that this person loves others and spontaneously gives, stirred by some urge to “go towards”. When something goes wrong in the act of receiving, when this love is rejected or the way of giving is not acknowledged, children think their way of giving is bad, inadequate.

All in all, both approaches, each using its own tools, aim to take off the character’s mask. They make sure that people find in themselves the resources to comfortably settle down inside. Doing so, they will naturally find their position in the environment, which will adapt. And at the same time, people will find their right position in the permanent dynamics of the universe.

How do you manage the linkage between hypnosis and the breath–voice practice?

B. Sensfelder : In practice, there are two cases: either the session starts with a hypnotic induction, and then people change and sing. Or, after the hypnotic induction, right before people start singing, there is a focus on a certain issue, a trauma in people’s history, or a mental block in the mental representation of themselves. So, we start with the body, in a hypnotic state, solve something that was obstructing and then, we keep on freeing the way through singing, building on sound grounds.

B. Grenard : It’s worth mentioning that Bernard, who has been practicing an efficient and reputed therapy for long time, noted that his hypnosis sessions were much more effective when his patients were also practicing breath-voice at the same time.

B. Sensfelder : Absolutely. And that’s what we’re doing in Einophony, which goes back and forth between the two practices and becomes all the more efficient.

B. Grenard :  The kind of hypnosis we practice sheds light of consciousness on “what to remove to reach our inner self”, and Pneumaphony is a powerful means to fully incarnate. Pneumaphony brings in that concrete, tangible dimension.

What kind of exercises do you practice?

B. Grenard :  There are various exercises. But this discipline is creative, meaning that we perceive and invent real-time. That being said, there are some “classics”: for example, focusing on the fear of others, which is behind a lot of vocal problems.

What are the effects?

B. Sensfelder : We have significant results both during individual consultations and collective workshop sessions. During individual sessions, patients are surprised and skeptical when I tell them they will have to sing in a hypnotic state. But they play along, because they trust me. And systematically, during the next session, they are happy to list all the positive changes that took place. For example, I currently take care of an autistic child using Einophony. Not only is he happy to come and looks forward to it, but also the results manifest through positive changes in every aspect of his life. Her mother attends every session, and we are both equally surprised about how efficient is this therapy.

During the workshops, some people feel they finally get back to themselves, the feedbacks we receive after each workshop show a radical change. Actually, when we first asked people to send us a feedback 15 days after the workshop, we really didn’t expect so many feedbacks about profound changes… Almost everyone tells us about more self-confidence and assertiveness in relationships. A lot of people, in order to strengthen what has been initiated, will practice autohypnosis exercises at home, by themselves, to keep on cleansing, after the workshop has ended. And even during the workshop, some people tell us they have had a tension, a weight, for such a long time, and that it went away during the exercise. In short, not only there are effects, but all of them are profound benefits.

B. Grenard : Of course, our work has undeniable impacts and effects. But, targeting such effects or therapeutic progress, is already an intention, a project, and potentially something to do. And that is not the essence of Einophony which, in that way, can be compared with Pneumaphony.

In my opinion, the right attitude is to come and practice Einophony not with the goal of getting rid of something, but simply to reactivate, feel and fill this inner space, through singing, it is to go inwards, experience that internal journey and process. To me, the therapeutic aspect is secondary. It’s actually when there is no intention, when people are just open and receptive to what is here and now, that results are even more tangible regarding that aspect.

B. Sensfelder : To conclude what Benjamin just said, intending to move prevents that very motion to happen by itself.

Benjamin Grenard, you are vice president of the International Association of Pneumaphony Serge Wilfart (AIPSW). Regarding this combination with hypnosis, don’t you feel in an awkward position about Pneumaphony?

B. Grenard : No, I practice Pneumaphony with enthusiasm, it is still the basis of my practice today with people who come to me. It is natural to extend Pneumaphony. “One should not mistake the virtue of loyalty with the vice of immobilism”, as the saying goes.

Pneumaphony is still based on the same principles, but intuitive and creative aspects are important in such a discipline. During the 10 years I spent with Serge Wilfart, he himself evolved a lot. At first, there were a lot of postures, sometimes very demanding, and lately, the method really refined towards more simplicity. Often, people just had to basically raise an arm and the process was underway. Moreover, despite the Wilfart method being a rigorous approach, there are as many ways to keep Pneumaphony alive as Pneumaphonists.

(read the previous interview about : Einophony : when Pneumaphony meets hypnosis)